ARE YOU READY TO BUILD FIGHTER JET RIGOR INTO YOUR MEDICAL DEVICES…AND SAVE MONEY DOING IT?
“First rule in government spending: why build one when you can have two at twice the price?” – Contact, 1997 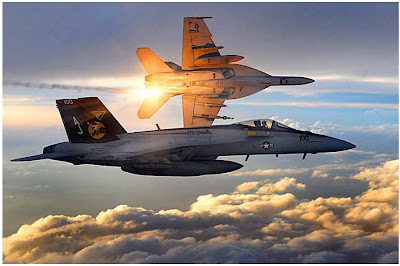 Sobered by the passage of comprehensive health care reform in March 2010, medical device companies understandably fear being at the mercy of nearly non-negotiable government contracts that emerge from politically-polarized debates.  Process and design engineers might be forgiven for doubting that now is the time for a seismic shift in product development.  Likewise, quality directors might be tempted to fall back on tried-and-almost-true inspection methods.
Time is money, and process is time!
True not only in the increasingly-competitive orthopedic industry, but all precision manufacturing.  In sober times, orthopedic manufacturers should investigate any opportunity to streamline their processes and save money.
As we offer our candid assessment of the current state of the orthopedic industry’s use of measurement and inspection in its design and manufacturing processes, Level 3 Inspection believes that the story of Pratt & Whitney’s F135 gas turbine engine offers several insights relevant to the medical device industry.
THE “WOW!” FACTOR – THE PRATT & WHITNEY F135
The story of the F135, developed for the F-35 Lightning II single-engine strike fighter, is so atypical of government spending programs as to nearly strain credulity.  Among the F135’s impressive roster of “mosts” and “firsts” is this gem: it’s the first military jet engine in history to be delivered both on time and under budget.
Assisted by Level 3 Inspection cofounder Scott T. McAfee and under competitive pressure, Pratt & Whitney fully implemented High-Resolution 3D White Light Scanning (WLS) and Computer Aided Inspection (CAI) in the early 2000s.  The F135 was the first gas turbine engine to be designed and built using WLS/CAI technology from the ground up – that is, from the early conceptual stages all the way through to durability testing.
Knowing the entire geometry of every component, via accurate and thorough WLS/CAI, was the way the F135 could be brought in on schedule and budget.  But the real “Wow!” factor emerges when we take a closer look at performance and durability.
The F135 is the most powerful gas turbine engine ever built, offering 43,000 pounds of thrust.  Says Bennett Croswell, VP of F119/F135 programs, “This is truly a historic accomplishment, not just for Pratt & Whitney and the F135 team, but really for all of military aviation.  This is the first time … that a production ready, stealthy, short take-off vertical landing capable aircraft has flown supersonic.” 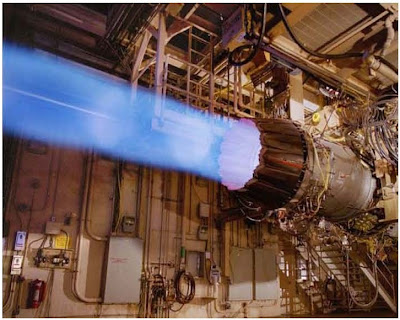 In addition to being the most powerful jet engine ever built, the F135 is also the most durable.  Since the “wear” on an engine is a complex phenomenon that depends on throttle movement and acceleration/deceleration, the Air Force Technical Institute developed a unit of measurement called the Total Accumulation Cycle (TAC).  Service life is based on an estimate of how many TAC’s an engine can tolerate between overhauls.
The F135 test engine was run in conditions simulating flight at 30,000 ft. and Mach 1.5, with the turbine at 50°F above melting temperature and the high and low pressure turbine spools spinning at 100%.  “It ran and was then inspected.  There was no distress and no required maintenance,” says Croswell.
The targeted service life was 8000 TAC’s, but the initial service test went all the way to 8700 TAC’s.  Upon disassembly, the components showed no signs of breakdown.  As a result of the F135’s unprecedented triumph in durability, monies that would have been used to cover program overages (of which there were none!) are now being used to fund further durability testing for the U.S. Navy.
As Pratt’s competitors, Rolls-Royce and General Electric, have been unable to develop an operational alternative to the F135, Pratt is likely to remain the sole supplier of engines for the F-35 fighter – a market estimated at $100 billion.  That’s a compelling return on Pratt’s CAI investment of less than $5 million.
This incredible achievement was possible because Pratt & Whitney was able to know the entire surface geometry – not only of every vane and blade, but of every nut and bolt.  Level 3 Inspection’s founders were key players in P&W’s implementation of advanced WLS and CAI technologies, and L3I remains to this day a Pratt & Whitney Joint Venture Partner.
PARADIGM SHIFT
Our collaboration with Pratt & Whitney has generated a seven-step design paradigm that’s revolutionized aerospace, with P&W’s industry colleagues racing to catch up.

2.   Study the data for problems, trends and surprises.
3.   Gain meaningful insights into process capabilities and limits.
4.   Revise design parameters to line up with realistic process limits.  Extravagantly tight tolerances are a self-defeating proposition … especially when regulatory agencies like the FDA get into the mix.
5.   Drive insights back into manufacturing to shrink process limits and create specific production measurement plans to track areas of concern vis-à-vis process capability and limits.
6.   Continue to gather data periodically.  Trust the data from advanced measurement techniques, and learn from what it tells you – good or bad.
7.   Expand the focus to tooling and other upstream processes in order to have more control sooner, and catch problems before they grow.
WHO WILL REVOLUTIONIZE ORTHOPEDICS?
STRATEGIC PARTNERS

By bolstering confidence in processes and products, joint venture partnerships with L3I have helped orthopedic customers to:
Through CAI-facilitated design, L3I stands ready to partner with your firm in strategic cooperation, allowing you to:
TO IMPLEMENT FIGHTER JET RIGOR, HOW MUCH LESS ARE YOU WILLING TO SPEND?CONSIDER SOME OF THE REAL-WORLD EXAMPLES OF WAYS THAT L3I HAS SAVED ITS CLIENTS MONEY:
1.  One of L3I’s first orthopedic CAI contracts was an inspection of a new hip broach to the CAD and to a used broach.  L3I’s inspection report was used in legal defense in a class action lawsuit, showing that the issue was clearly not the fault of the implant or broach.  The strength of the technical inspection combined with the easily understood visualization were critical in allowing this client to mount a successful defense.  Through improved process confidence, L3I can help orthopedic companies reduce their legal exposure. 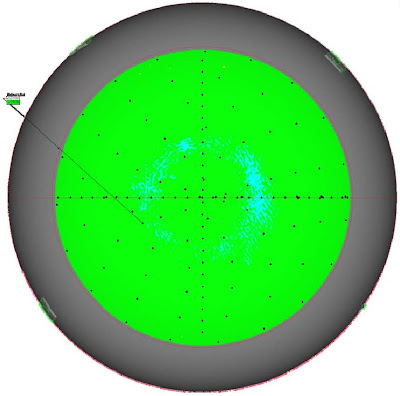 2.  This shoulder dome had been passed as dimensionally acceptable by the CMM in the manufacturing cell.  L3I gathered 1000 times more surface data than the CMM and created the best-fit sphere through the data, finding the part to be out of tolerance. A two-week correlation study was called and the metrology department was asked to be arbitrator.  After seeing 100% correlation between the 200 CMM data points and those same points in the 200,000 WLS data, but realizing that the CMM data points overlooked a ring-shaped anomaly on the part, metrology stated that WLS/CAI was “clearly superior to CMM”.  The company dramatically reduced false failures on this shoulder dome, and has strategically utilized L3I’s approach by changing the way it dimensions its blueprints.
3.  During a comprehensive FAI of a femoral casting, L3I identified a fixturing problem that we resolved by modifying the digital fixture to assure proper and consistent alignment of the parts to the CAD, allowing them to pass dimensional inspection requirements.  L3I recommended wax reformers to aid the consistency of wax patterns in the investment casting process and physical machining fixture modifications to replicate our digital alignment success.  The client said it had been chasing this problem for over three years, and had wasted thousands of parts due to questionable dimensions.
4.  A Warsaw, Indiana client told us they sometimes needed 17 to 18 iterations over several months to optimize the pressure mold for a knee bearing.  With vastly more comprehensive information in fully visual format, L3I helped the client optimize the mold in just two iterations in one week.
LEVEL 3 INSPECTION – THE VERY BEST 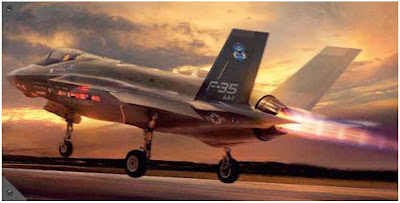 Coordinate-measuring machines, though “accurate” in the strictest sense of the term, are unintelligent and provide far too few data points for the sophisticated computational analysis that has already swept other precision manufacturing industries.  In WLS/CAI, when engineers see patterns of error described in living color, they can use the wealth of data to pinpoint the exact source of an error – often solving problems that have eluded them for years.
Inertia exists in many industries — a sense that “if we just do things the way we’ve always done them, we’ll be fine.”  Orthopedics is at a crossroads, and only the strong will survive.  Level 3 Inspection offers the orthopedic industry a way through the storm.  L3I has the vision and capability to bring your company through these dangerous times intact and in a position to continue to lead the world.
On Friday, October 29, 2010 Bill Greene (Cofounder and CEO, L3I) had a few words with a longtime client, a Divisional Quality Manager for several jet-engine parts foundries.
The client gushed: “I think you guys are the best at what you do!”
In the bright dawn ahead, may your company reach the same conclusion.
ALL SYSTEMS GO.
41.2405844-85.8139797

Click here to see our current QMS certification, ISO 9001 and AS9100 cert.